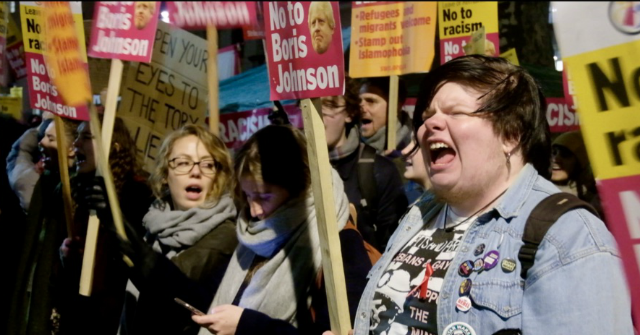 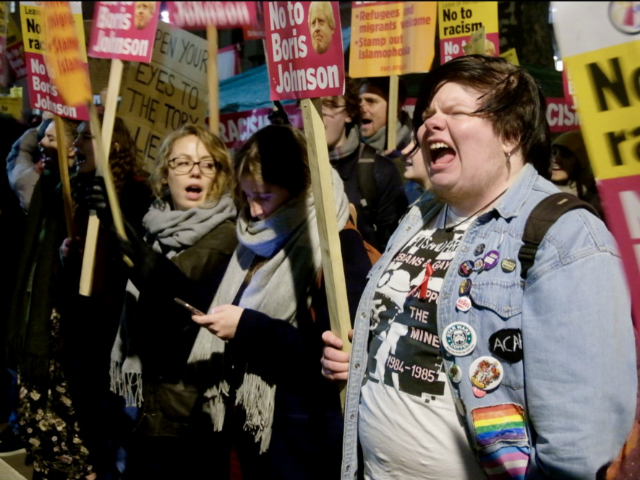 My biggest disappointment with the British general election result is that it has denied us the exquisite pleasure of watching young Corbyn voters being reduced to eating their household pets.

Had Jeremy Corbyn’s Marxists won — as so many 18-24-year-old voters hoped — it would, of course, have been a disaster for Britain.

But at least it would have proved a salutary lesson to all those university-brainwashed kids who think the only problem with communism is that hasn’t been tried properly yet.

“Well we did warn you!” we could have said to Araminta in her tattered ‘Fuck Boris’ t-shirt, as she tucked ruefully into her pony Che. “Now you know what fully automated luxury communism tastes like.”

This isn’t a joke, either.

Just have a look at this terrifying map of how the General Election result would have turned out based on the 18- to 24-year-old vote.

How the results of the GE would have looked if only 18-24 year olds voted.

If these kids had had their way, then the world’s fifth-largest economy would have been reduced within a few months to the status of Venezuela-style basket case, with private property confiscated, freedom of speech muzzled, taxes rocketing, Jews persecuted, terrorists appeased, national security surrendered…

All those lessons they had in school about the rise of Nazi Germany and the rise of the Bolsheviks — if any — clearly made no impact whatsoever on their tiny minds. Jeremy Corbyn’s Labour barely even attempted to conceal its antisemitism, its fondness for terror groups like Hamas, its hatred of the West, its thuggishly totalitarian instincts, let alone its hard-left economic agenda. Yet still the kids had no compunction about voting for these thugs.

So what is to be done to counter the menace of our home-grown Red Guard?

This question will, I hope, be among the highest priorities of the new Boris Johnson administration. It jolly well ought to be. What, after all, will be the point of all the economy-boosting, life-enhancing measures  Boris has got planned for Britain in the next four years, if they’re going to be undone in 2023 by a new Red Surge?

And the answer surely starts with educational reform.

Left Dominates British Schools, with over 80 Per Cent of Teachers Backing Labour or Lib Dems https://t.co/NGb1VRF0Yj

Tony Blair has a lot to answer for here. I agree with Peter Hitchens that, despite his carefully cultivated image as a ‘Third Way’ moderate, Tony Blair always remained the hardcore Trotskyite he was at university. Nowhere was this more evident than in his policy of rapidly expanding the universities, to the point where now around 50 per cent of school leavers go to university (whereas before Blair, it was closer to 10 per cent).

The effect of this — as I’m quite sure Blair was hoping — was to create a powerful electoral bloc of brainwashed little Marxists. Kids who, before, would have gone on from school to apprenticeships or other trainee schemes or just started earning wages, paying tax and saving for a mortgage, are now frittering away their early twenties on borrowed money few of them are ever likely to repay, while having their impressionable heads filled by left-wing academics with post-modernist, Marxist drivel about identity politics, microaggressions, intersectionality and entrenched social injustice.

As Toby Young reports for Quillette, graduates tend to vote much more left than the broader population:

One of the other startling features of the opinion polls was Labour’s lead among graduates. As a general rule, the higher the concentration of graduates in an area, the more likely it was to skew Left on Thursday — and vice versa. (Labour held on to Canterbury.)

And it’s not just the 18-24 demographic we’re looking at here. The Conservatives also got hammered by the 24- to 34 year-olds.

Indeed, the trend disturbingly suggests that where before graduates grew out of their idiotic student leftism, today they are remaining pinkos for life.

What, then, can the Conservatives do to stop universities becoming madrassas for leftist revolutionaries?

Well for a start, as Andrew Roberts argues here, they could try ensuring that some of the top jobs in academe go to conservatives for a change.

Why do the masterships of so many colleges of Academe go to former Labour cabinet ministers and the ex-editors of Left-supporting newspapers and media enterprises?

Why, for example, did the position of Master at Cambridge’s most illustrious college, Trinity, go to the achingly second-rate, drearily leftist Dame Sally Davies, formerly the hugely undistinguished, nanny-statist killjoy Chief Medical Officer?

Because these jobs only ever go these days to lefty-liberals — which means, unlike in the past, there are no “sound” Oxbridge colleges or universities to counter the effects of all the left-wing ones.

Another option might be to defund SJW courses like gender studies and environmental sciences, which inculcate in its students nothing of intellectual value, only a spirit of a resentment combined with misplaced crusading zeal, and which render students entirely unfit for any career outside the taxpayer-funded bureaucratic state.

Preserving freedom of speech, too, should be absolutely key. It is extraordinary that a Cambridge college was able to hound out a brilliant postgraduate like Noah Carl purely because of a hate campaign trumped up by a hardcore leftist lynch mob.

It’s not just right-wing ideas that are under threat. Any ideas that are not explicitly and aggressively left-wing have been virtually anathematised in academe. If universities are no longer about the free exchange of ideas then they should be stripped of state funding and left to rot.

But it won’t be easy to turn this oil tanker round. In fact it might be impossible, not least because university education is really now a disguised form of regional policy: flooding various parts of Britain with students flush with heavily taxpayer-subsidised loans is a way of regenerating areas from Falmouth to Liverpool which might otherwise have fallen into desuetude. Since many of these areas are working-class heartlands that voted for Boris, it seems somewhat unlikely that the Conservatives will turn off the subsidy tap.

So the Conservatives need to decide which is more important: the short-term goal of bribing the regions with free money and not poking a stick into the hornet’s nest of academe by confronting all those aggressively leftist professors and ranting students; or the medium to long term goal of preventing Britain, some time in the not-too-distant future, of being run by left-wing governments — voted for by left-wing graduates — for all eternity.

I know which one I think they should choose.

It’s not, I fear, the option they will choose.