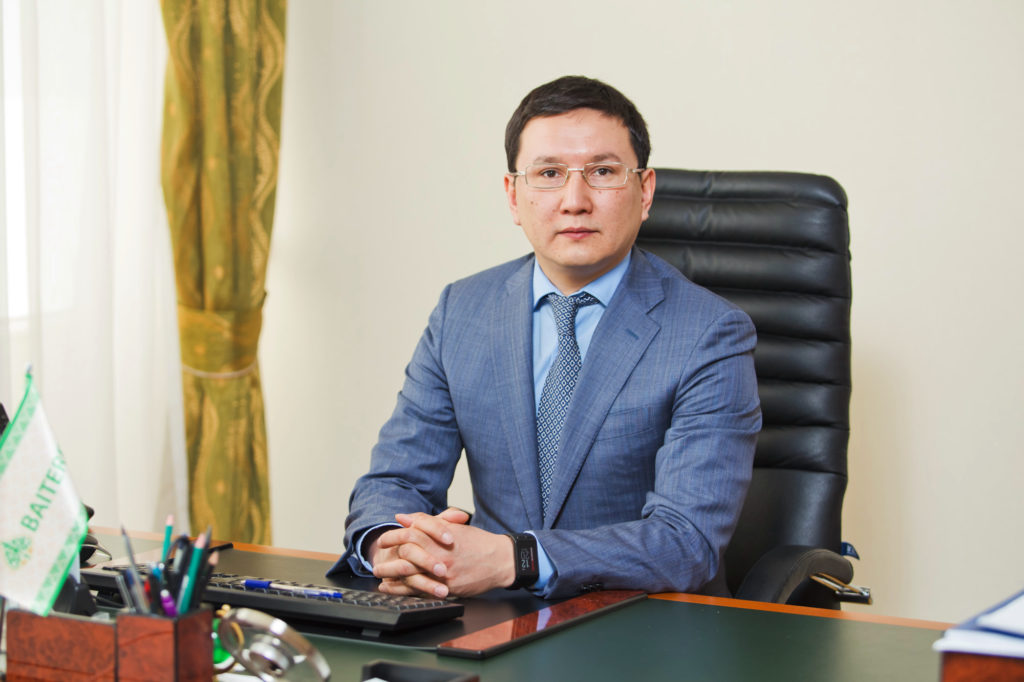 Baiterek is the Kazakh government’s key financial agent responsible for the country’s diversification and sustainable economic growth. It manages 11 state development institutions, financial organisations and national companies. The holding attracted approximately $2.95 billion in foreign investment from 2016 to the first half of 2019.

“The holding is represented in working groups to improve the investment climate and promote exports. Annually, an action plan to attract investments of the holding group of companies is formed,” he said.

“At the initial stage of the project, the project developer can contact our subsidiary, Kazakhstan Project Preparation Fund (KPPF), and receive assistance in the preparation of project documentation, project expertise and assistance looking for a partner,” he noted.

“In terms of PPP (private public partnership) projects, KPPF provides full support to project developers in the person of state bodies and private companies from the zero stage of the project to the implementation itself,” he added. “The company has good resources at the level of project appraisal and works closely with international financial organisations such as the European Bank for Reconstruction and Development, the Asian Development Bank and the International Finance Corporation.”

Depending on the size of a project, the holding can obtain financing through its several subsidiaries. Larger projects are usually financed by the Development Bank of Kazakhstan, the holding’s key development institution.

“The most relevant for Kazakh enterprises is currency risk, when, without export earnings, the company receives a loan in foreign currencies,” he said.

Baiterek, therefore, avoids projects in foreign currencies to mitigate the risk for an enterprise without export earnings.

“Also, during the lengthy preparation of the investment project for individual projects, there is a risk of an increase in value, as a result of which the risk of completion of the construction of the object at a later date is likely,” he added.

In addition, there are technical risks that should be detected on time such as non-compliance of selected equipment and non-testing of production technologies, he said. The holding can assess these risks and suggest ways to minimize them during the examination stage of an investment project.

Arifkhanov expressed the company’s eagerness “to establish close cooperation with Dutch companies on projects” Oct. 31 during the fifth Kazakh-Dutch business forum in The Hague.

“In particular, Baiterek is interested in establishing cooperation with Dutch companies on projects both in Kazakhstan and abroad. The holding is ready to assist in the entry of Dutch companies into the Kazakhstan market by providing a toolbox of 11 subsidiaries (that includes) searching for a co-investor, development of project documentation, co-financing, trade financing and others,” he said.

“The foreign participants of the Kazakh-Dutch business forum showed great interest in the holding tools,” he added.

As part of the forum, Dutch company Farm Frites and the Kazakh K-Agro companies signed an agreement to establish an agricultural products processing facility in Kazakhstan. The project “is currently under consideration by the Development Bank of Kazakhstan,” which is a subsidiary of the holding, said Arifkhanov.

The Netherlands is Kazakhstan’s biggest investor and one of its leading European Union (EU) trading partners. According to the Kazakh National Bank, its gross inflow of direct investment from the Netherlands-based companies reached more than $85 billion from 2005-2018; the figure for the first half of 2019 was $3.4bn.