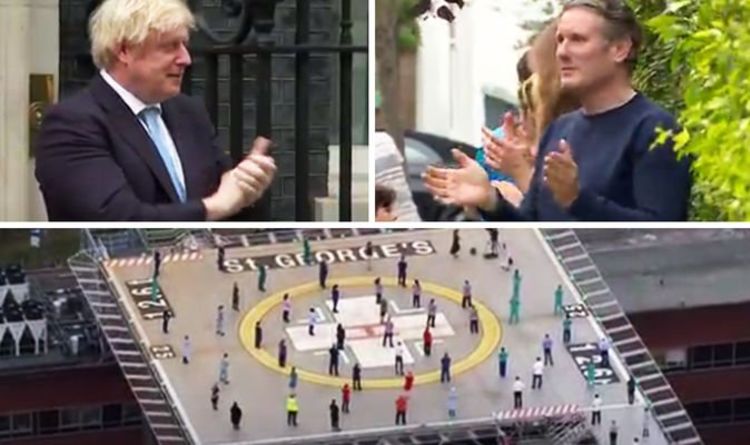 In a heartwarming tribute, people across the UK joined together to applaud frontline workers. This was part of the weekly ‘Clap For Our Carers’ campaign which was created to thank staff, like the NHS, putting their lives on the line in the fight against coronavirus. Every Thursday, people hang out their windows and stand outside their doors at 8pm to clap and cheer.

At this difficult time for frontline doctors and nurses, sign up here to show your support now to our brave NHS Heroes.

Although the Government has urged people to remain home in order to suppress the spread of the virus, key workers are allowed to venture out to keep the country running.

The full list of essential workers can be found on the Government’s wesbite.

The list includes but is not limited to health and social care staff, those who work in education and childcare and people running key public services like the justice system.

The criteria also applies to local and national government, transport workers, those involved in food production and distribution and staff working on public safety and national security.

In a bid to ramp up testing, the Health Secretary announced at the end of last month that key workers and anyone in their household are now able to receive a coronavirus test if they display symptoms.

Matt Hancock stressed that the priority still lies with patients first, but committed to essential staff too.

Mr Hancock said the Government was making it “easier, faster, and simpler for any essential worker in England, who needs a test, to get a test”.

He admitted the “ultimate goal is that everyone who could benefit from a test, gets a test”.

Mr Hancock said: “I can announce today that we have signed contracts to supply, in the coming months, over 10 million tests from Roche and Abbott.

“From next week, we’ll begin rolling these out in a phased way.

“At first, to health and care staff, patients and residents.

“The UK Government has arranged supplies of these tests on behalf of the devolved administrations.

“Each devolved nation is deciding how to use its test allocation and how testing will be prioritised and managed locally.”