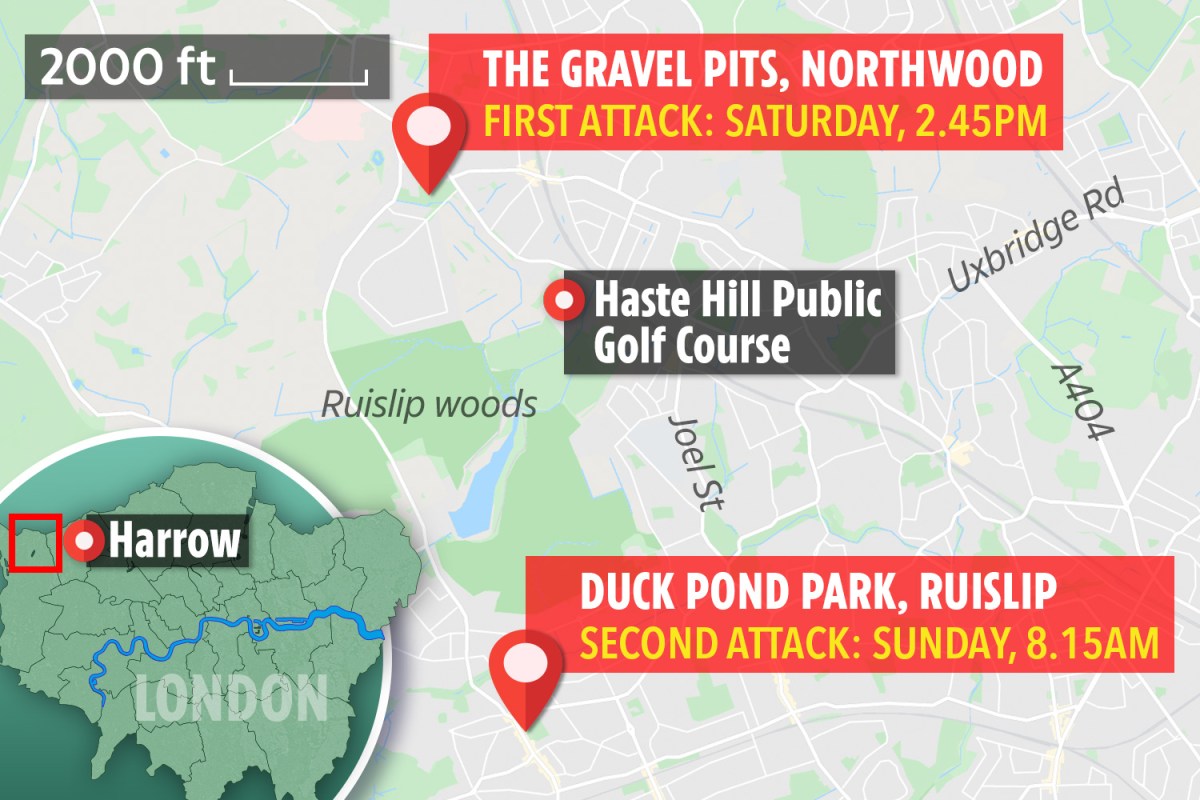 DETECTIVES are hunting a park sex attacker who preys on lone women after two victims were assaulted in West London.

The first woman — in her 20s — was grabbed and dragged into a secluded area of a park on Saturday afternoon.

Police said he then sexually assaulted her and warned he had a knife to stop her from screaming at The Gravel Pits, Northwood.

A second victim — a woman in her 50s — was grabbed three miles away in Duck Pond Park, Ruislip, at 8.15am today.

The attacker put his hand over her mouth and threatened to stab her if she shouted.

Detectives believe the sex assaults are linked and urgently appealing to help find him.

Detective Sergeant Kevin Pandya, from the West Area Command Unit who is leading the investigation, said: “These two attacks took place in broad daylight and we believe the same suspect is responsible for both incidents.

“We want to reassure the community that our officers are carrying out extensive enquiries to try and identify this man and we are asking for the public’s help to find him.”

Wetherspoons chef shows how they really make curry and breakfasts

The suspect is described as a light-skinned black or Asian man.

A dark coloured tracksuit was worn at the time of both incidents.