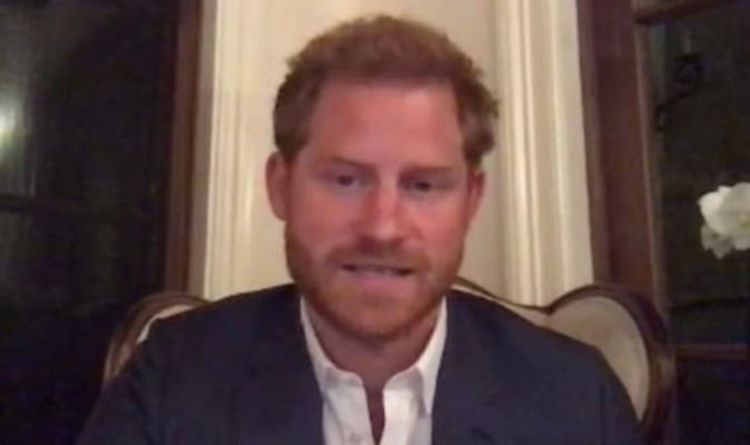 Royal observers watching Prince Harry’s latest appearance only just missed the moment the Duke of Sussex was left shaken by a terrifying earthquake. In the early hours of Thursday morning, a huge 4.2-magnitude earthquake struck Los Angeles. ABC News royal contributor Omid Scobie, and author of the new controversial biography Finding Freedom, revealed that Harry “would definitely have felt it”.

Scobie claimed that the earthquake would have woken up the Duke of Sussex, since it took place around 4:29am local time.

Prince Harry would have only just gone to sleep after hosting a midnight virtual summit on his sustainable tourism project Travalyst.

Scobie explained: “This was a really interest opportunity to hear Harry speak about something he is so passionate about.

“And he was also dealing with some rather unique circumstances. I can’t talk about this story without talking about this.”

The royal expert, who is close to both Harry and Meghan, continued: “He not only headed up this summit around midnight his time in LA so that as many participants could join as possible.

“There was also a part two at around 8am UK time and it was in middle of that, at around approximately 4:29am , that an earthquake struck LA.

“It was a magnitude 4.2 earthquake and was felt strongly by many.

“We saw many celebrities talking out about it on social media.

During his virtual address at the summit he hosted, the 35-year-old royal urged the travel industry to “build back better” in the wake of the pandemic.

The Sussexes’ biography, Finding Freedom, was serialised by The Times and The Sunday Times and outlined the rift between Prince Harry, Meghan Markle and the rest of the royal family.

There are fears the book’s publication could spark a fresh spat within the royal family.