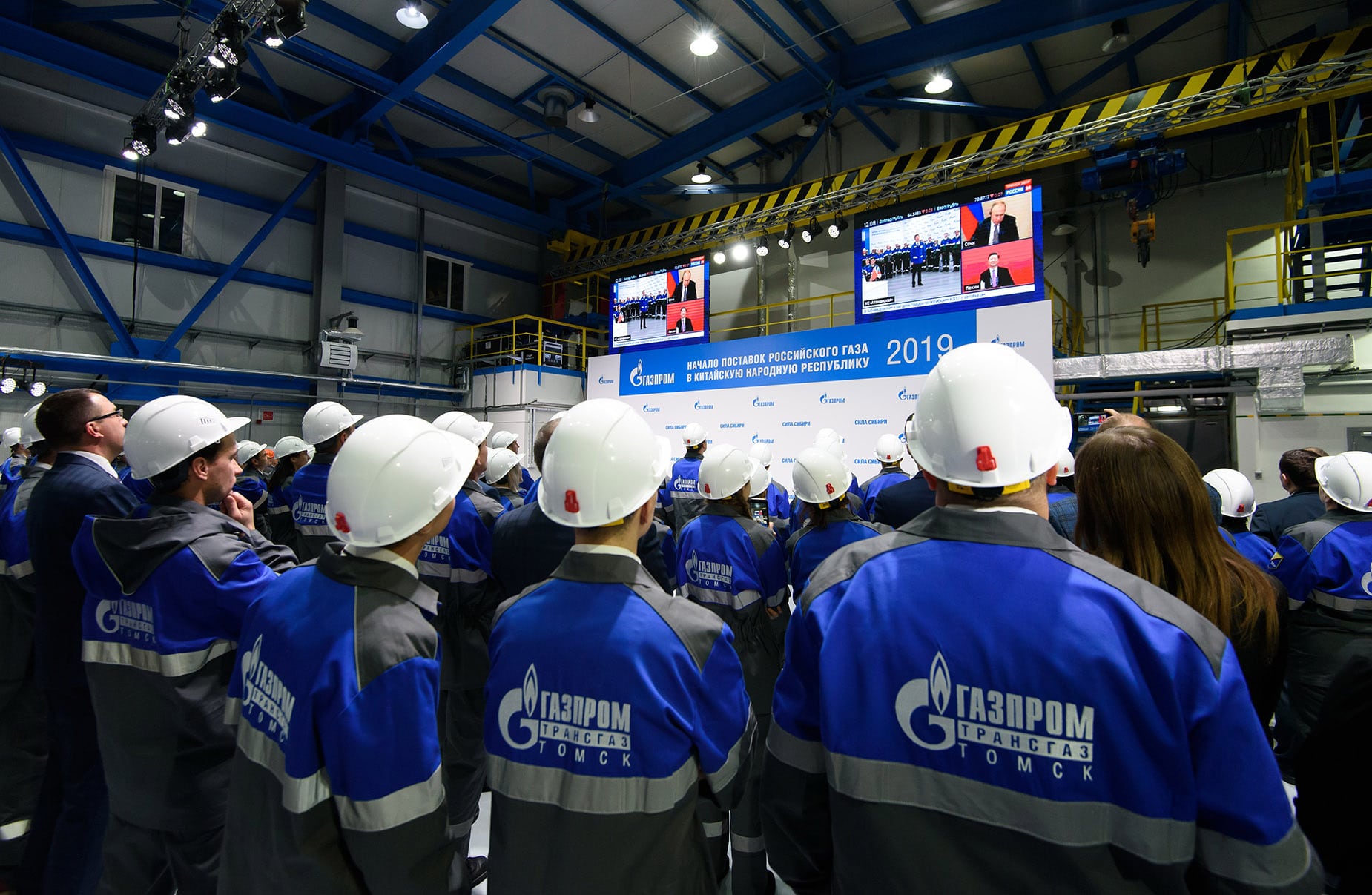 “Today, we are witnessing a historic event for Russia and China. The eastern route – Power of Siberia – is a global, strategically significant and mutually beneficial project,” Miller said. “A new scope of energy cooperation between the two countries with a prospect for further development. Clean energy today and tomorrow, for decades to come,” he added.

Russian gas monopoly Gazprom has built a section of the Power of Siberia gas pipeline stretching for some 2,200 kilometres from Yakutia to the Chinese border near Blagoveshchensk. Also completed are the border-adjacent Atamanskaya compressor station and a cross-border section with a two-string submerged crossing under the Amur River.

According to the Sales and Purchase Agreement between Gazprom and CNPC, gas deliveries will be carried out in the course of 30 years, the Russian gas monopoly said, adding that there is a robust resource base in place.

Alexei Kokin, a senior oil and gas analyst at UralSib Financial Corp in Moscow, told New Europe by phone on 4 December the pipeline to China from the beginning has been conceptualised and justified by the need to monetise two major fields in Eastern Siberia.

“One is called Chayanda, which currently the single source of gas for this particular project and the other is called Kovykta, which is really a gem in a sense and has been around basically for decades and Kovykta will be the second stage of this project,” Kokin said. “These two fields are new and this new pipeline is not connected to the European network. It could be in some distant future get connected so the whole system will be one but at the time it is new fields and new markets,” the UralSib expert added.

Chayanda, the largest field in Yakutia with 1.2 trillion cubic metres of gas reserves, is currently providing gas to the Power of Siberia. On the basis of this field, a new gas production centre has been created in the region from the ground up, Gazprom said, adding that the centre has already been provided with key facilities, such as comprehensive gas treatment and pre-treatment units, a booster compressor station, a utility system, and about 1,000 kilometres of roads, including 25 bridges. The field’s annual design output is 25 billion cubic metres of gas, Gazprom said, adding that this figure is expected to be reached in 2024.

In late 2022, Power of Siberia will also start to receive gas from Kovykta in eastern Russia, which has 2.7 trillion cubic metres of gas reserves. At the moment, the field serves as the basis for creating the Irkutsk gas production centre, with pre-development operations underway. In the future, an approximately 800-kilometre stretch of Power of Siberia will be constructed between Kovykta and Chayanda.

Asked if the Power of Siberia is going to diversify Russia’s gas supplies away from Europe,

Kokin said, “To some degree but let’s not exaggerate it beyond every optimistic projection.”

He explained that the projected volume of gas that will flow to China, starting in 2025 or 2026 is going to be 38 billion cubic metres per year, which is pretty close to the annual exports to the former Soviet Union. “Gazprom is exporting 200 billion cubic metres per year to the European Union and Turkey, what Gazprom is calling the far abroad. It is exporting about 40 billion to the former Soviet Union and is going to be exporting roughly the same amount to China in about five to six years so basically it is diversifying but it is not diversifying to the extent that China becomes the second EU for Gazprom because it is obviously not. In the next three years, I think we’re going to see pretty modest amounts of gas going to China,” Kokin said, adding: “The big large scale of exports begins in the middle 2020s.”