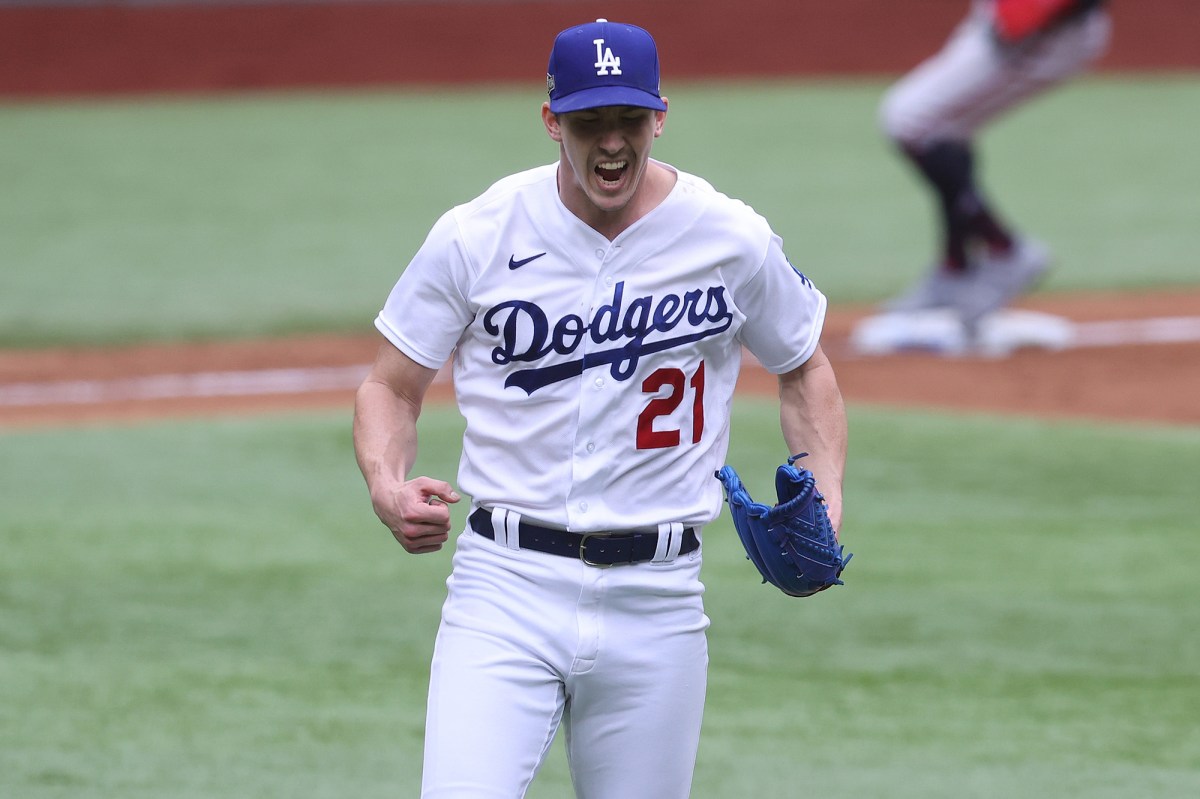 Kiké Hernandez described a scene Saturday suggesting the Dodgers were energized and ready to continue their NLCS comeback.

Music, dancing and screaming were all part of the clubhouse revelry. Hernandez, a veteran infielder, said it was the most energy he had seen from teammates before a day game in his six seasons with the Dodgers.

Then Game 6 commenced, and Walker Buehler helped keep the vibes going. With the right-hander firing six shutout innings, the Dodgers beat the Braves 3-1 at Globe Life Field in Arlington, Texas, to set up a winner-take-all Sunday night.

The Braves, trying to reach the World Series for the first time since 1999, have the momentum against them after losing two straight. The Dodgers, attempting to win their third pennant in four years, would become the 14th team in MLB postseason history (out of 88) to overcome a series deficit of at least 3-1 if they complete the comeback.

Buehler, dealing with blister problems, was challenged, but out-gunned Braves ace Max Fried, who allowed three runs in the first inning and then stymied the Dodgers into the seventh.

Blake Treinen, Pedro Baez and Kenley Jansen navigated the late innings for the Dodgers after Buehler was removed at 84 pitches. The right-hander allowed seven hits and struck out six. Jansen had a second straight perfect ninth inning, after struggling earlier this postseason. Joc Pederson’s diving catch on Austin Riley’s line drive to left field leading off the inning helped.

The Braves awoke in the seventh on Ronald Acuna Jr.’s RBI double against Treinen. But Treinen limited the damage, keeping the Dodgers’ lead at 3-1.

Corey Seager continued his postseason tear by swatting a hanging curveball from Fried in the first inning inside the right-field foul pole to give the Dodgers a 1-0 lead. The homer was Seager’s fifth in the series, establishing an NLCS record. The RBI was Seager’s 15th in the postseason, which set a Dodgers record.

Before the inning was complete, the Dodgers added two more runs: Justin Turner homered behind Seager and Cody Bellinger stroked a RBI single after Max Muncy had walked and Will Smith had singled.

Braves manager Brian Snitker initiated bullpen activity in the first, but Fried survived and lasted 6 ²/₃ innings, allowing eight hits and four walks with six strikeouts. The Dodgers did not get a hit with a runner on base after the first inning.

Buehler’s best work came in the second, after the Braves loaded the bases with nobody out on successive singles by Travis d’Arnaud, Ozzie Albies and Dansby Swanson. But Riley struck out on a 99-mph fastball and Nick Markakis was caught looking at strike three before Buehler retired Cristian Pache on a ground out.

The Braves had other chances early against Buehler, but couldn’t deliver with runners on base. In the fifth, with Freddie Freeman on first base, Marcell Ozuna hit a drive to right field that Mookie Betts snagged at the fence with a leaping catch to end the inning. Betts danced off the field following his latest defensive gem — a night earlier he caught Swanson’s bloop just inches from the grass and turned it into a double play that deprived the Braves a run.

In the fourth, d’Arnaud and Swanson singled, but Buehler retired Riley and Markakis in succession to escape.